How We Got On 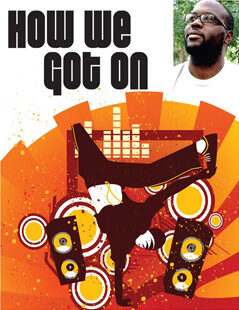 A New England Premiere by Idris Goodwin
Directed by Summer L. Williams
July 19 – August 17, 2013
The Plaza Theatre @ The Boston Center for the Arts

It’s 1988: Hank, Julian and Luann have each finally found the beats and dubs that make the suburbs bearable, but they need each other more than they know. Rap battles and poetry in parking lots lead to dreams of something more, as a DJ takes us to the flipside, loops us into the remix, and breaks it down. Spoken word poet and hip-hop playwright Idris Goodwin MC’s a theatrical coming-of-age mix tape about how we become the people we’re meant to be, flowing and rhyming our way to adulthood.

August 1, 2013
'How We Got On' Fuses Coming-Of-Age Tale With Hip-Hop Beats by WGBH News
July 23, 2013
HIP-HOP DREAMS BURST TO LIFE IN 'HOW WE GOT ON' by Don Aucoin, The Boston Globe
July 23, 2013
New England Premiere of "How We Got On" Presented by Company One at the Boston Center for the Arts by Dr. Al Chase, The White Rhino Report
July 22, 2013
How We Got On by Kilian Melloy, EDGE Boston
July 22, 2013
Throwback Time in Company One's HOW WE GOT ON by Alex Lonati, Broadway World
July 20, 2013
Idris Goodwin, playwright with an ear to the streets by Joel Brown, The Boston Globe
July 15, 2013
Company One’s ‘How We Got On’ is a musical lesson in hip-hop history by Nora Dunne, Metro Boston
December 31, 1969
Culture Calendar: Five Must-See Arts and Entertainment Events in July by Matthew Reed Baker, Boston Magazine