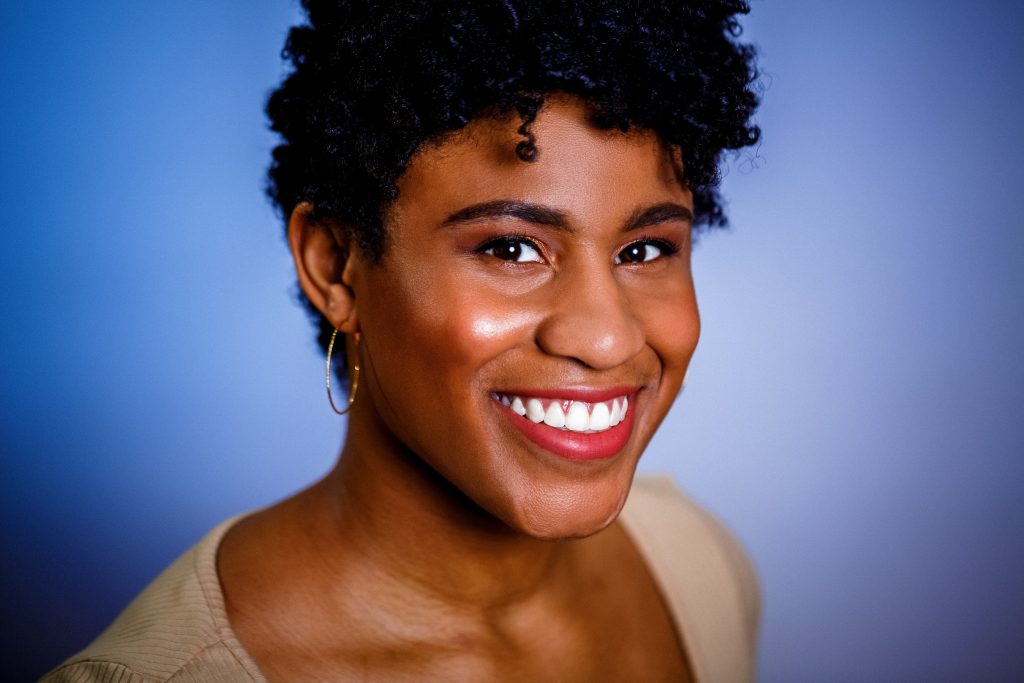 What’s your role at C1? What project are you most proud of?

I am the Artistic Associate and NNPN Producer in Residence. I am one of 6 Producers in Residence in the National New Play Network’s program that places early career producers at different companies across the country. My position at C1 has allowed me to work in casting, assistant directing and producing.

Working on our fundraiser production of Hype Man is something that I am very proud of. I curated all of the post shows for the three nights. The first evening was a conversation with Hpe Man’s playwright, Idris Goodwin and Violence in Boston’s Monica Cannon-Grant, moderated by Kirsten Greenidge. The second evening was a night of Idris Goodwin’s break beat poetry from his book Can I Kick it? The final evening was a performance from Kadahj Bennet (Verb in Hype Man) and his band Dancelujah. It felt like each evening was unique, but was paired so nicely with the production. I am proud of the flow of the evenings and the content I was able to curate.

We’re talking about a ‘Better Future.’ What’s your vision for a better future in Boston?

I would love to see a Boston that is more unified. As someone who is relatively new to this city (went to Boston University for undergrad and have lived here for two years after graduating), I still feel like I am getting to know this city. What I have experienced is that this city is very divided. There is a lot of richness in Boston that I wish was highlighted more. My hope is that there is a greater sense of community and listening to others.

What is a play you’d love to direct and why?

In Issa Rae’s book The Misadventures of Awkward Black Girl, she has a great quote: “Girls, New Girl, 2 Broke Girls. What do they all have in common? The universal gender classification, “girl,” is white. In all three of these successful series, a default girl (or two) is implied and she is white. That is the norm and that is what is acceptable. Anything else is niche.” This quote feels really core to my work as a director and producer. I am really invested in telling stories that get at the specific issues that black women face, but also subvert the idea that our narratives are “niche.” For me, that’s with comedy. I would love to do what Issa Rae is doing with TV for theatre. BLKS by Aziza Barnes is play I would love to dig into. When watching interviews with Barnes, I know she is engaging with writing black women in the same vein as Issa Rae.

I also really want to develop a movement/ensemble based piece on black women and music. Growing up, I was an athlete along with being an actor. Being someone who is fully in their body is something that comes naturally to me. Not sure what the piece would be about yet, but I am interested in exploring.

This episode of Better Future focuses on summertime—what would you be up to as a teen during the summer?

As a teenager, I was actually a camp counselor for several summers. I started working at 16 – I have always been very hardworking. The school I went to from first to eighth grade also had a summer camp and I used to look forward to going back to that community. I had a group of friends who were also counselors and we used to all go back and work there together. I consistently worked as a counselor for 4th grade students. I always loved working with kids and ensuring they had the best summer possible.

Besides working all summer, I also made room for fun too! I grew up in a suburb, so there is a lot less to do than there is in a city. Me and my friends would always catch every movie and get froyo. Looking back at my experience with my campers and as a teen, I recognize how much privilege we all had. I was able to live a leisurely summer with friends and work a job that didn’t pay a ton. In my work now, I want to ensure that all kids have the access and fun that I had during the summer growing up.

In light of the necessary and continuing efforts to limit the spread of COVID-19, Company One Theatre is postponing the remaining productions of Season 21, Clare Barron’s Dance Nation and Inda Craig-Galván’s Black Super Hero Magic Mama. Both productions will shift to 2021 and become part of Season 22.

At C1, we believe art can change the world, that by telling stories that challenge oppressive systems, we can work towards justice. This crisis has reinforced many of the existing inequities of our city and our country. We stand vehemently against the racist attacks on Asians and Asian Americans, and we recognize that low-income families and communities of color are being disproportionately affected by the economic repercussions of this moment. When our community is hurting, our impulse is always to gather together, and while the current crisis doesn’t allow us to gather together in person, our mission drives us to create opportunities to continue our work in the digital realm.

Our teaching artists have successfully pivoted to working digitally with students in 6 Boston Public Schools, and both our playwright development and professional acting classes for the community are now meeting virtually as well. Beyond those programs, we are working on ways to keep making art to share with you online in the coming weeks and months, beginning with a virtual Open-Write on April 11 led by C1 Mellon Foundation Resident Playwright Kirsten Greenidge and C1 PlayLab alum David Valdes, with whom we collaborated last season on Downtown Crossing: The Boston (un)Documented Project.

We are committed to sharing the vital stories of Dance Nation and Black Super Hero Magic Mama with you, and supporting the incredible creative teams we have assembled around those stories. Although these productions will no longer happen this season, every artist contracted will still receive at least 50% of their originally planned payment this year. All of our current staff members will remain on board at their usual pay rate, and no one will be laid off or furloughed.

Like many of you, this time is hitting us hard, but we are doing our best to navigate it with hope, transparency, and responsibility. We are all about building community, and losing two productions this season means our opportunity to build that community gets a lot smaller.

To sustain that community, we are going to need your help. Here are some steps you can take:

Thank you for being a part of our community. Let’s continue in this fight together.

With love and hope,

C1’s Better Future Series is a multi-part digital gathering bringing together Boston’s artists, community leaders, and policymakers to understand the needs of our neighborhoods and reimagine the future of our city, both in response to the current pandemic and our ongoing fight against the deep-rooted culture of white supremacy.

A high-flying adventure that refuses to be held down by the gravity at its core.

A brimming cauldron of adolescent rage and joy.

“I have seen the future and it is Dance Nation.” — The Washington Post

A deeply theatrical hunt for familial connection in the wilds of 21st century America.

“Jung is in a class of her own.” — Broadway World

Returning for 3 NIGHTS ONLY after acclaimed runs in Boston and Minneapolis, Hype Man asks: who has the responsibility to speak up in the face of social injustice? 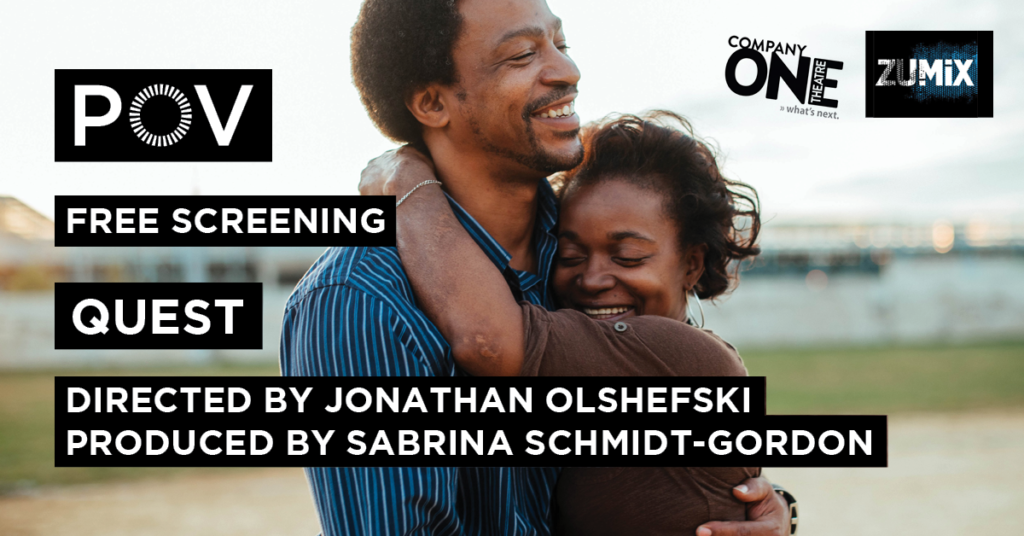 Company One Theatre is proud to launch ARTIVISTS ACTIVATED, a neighborhood-driven program that connects artists, activists, organizers and community members who are interested in igniting change in Boston.

Inspired by Company One’s participation in the Museum of Fine Arts’ THE CITY TALKS on Artivism: How Does the Creative Community Motivate Boston to Take Action?, we are looking to hear how Boston-area thinkers, institutions, entrepreneurs, activists, city officials, and artists can work together to support/create community action. We welcome anyone interested in helping to shape ARTivists Activated to our kick off community conversation.

RSVP today to reserve your spot! 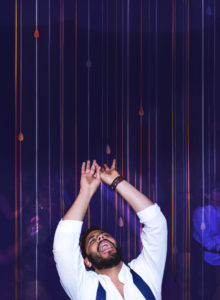 COME SEE HOW WE GET DOWN.

In our groundbreaking 19th season, Company One Theatre aims to amplify the brilliant, bold, and oft-untold. We’re showcasing >>What’s Next in American Theatre, and we want you to be there from the beginning.

Join us for our season kick-off party: an evening of performances, games, and a celebration of C1’s 2017-18 programming. Mingle with the artists and get an insider’s look at all that Season 19 has to offer!

This event is totally free and open to the public. Please RSVP so we know you’re coming!