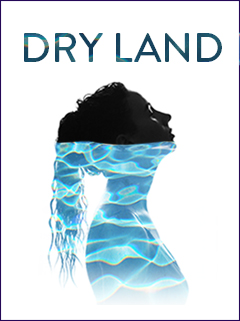 Emerging as the Lena Dunham of the theatre world, 21-year-old playwright Ruby Rae Spiegel — a finalist for the Susan Smith Blackburn prize — writes a brazen, no-holds-barred play about that time in your life when no one else can possibly understand what you’re going through. A story about abortion, bad jokes, bathing suits, and friendship, DRY LAND, a New York Times critics’ pick, is a brave portrayal of the contemporary American teenager that epitomizes What’s Next in American theatre.

“Watching Ruby Rae Spiegel’s ruthlessly honest DRY LAND, you wonder: Girls, how did theater miss you?!? Everything else belongs to them: film, television, fiction. Yet it takes Spiegel’s simple, fierce play to put a young woman’s capacity for pain center stage — and the choice feels thrilling, even political.” — Time Out New York

We are ecstatic to introduce rising star Ruby Rae Spiegel to Boston audiences with her new play, DRY LAND under the direction of Steven Bogart (SHOCKHEADED PETER). Spiegel fearlessly presents one of the lesser told, but not lesser known, experiences of being a young woman. This story of teenage girls entering adulthood is devastating, riveting, and full of heart.

"If you want to see what all the fuss about Company One is about, “Dry Land” is a great place to start. It’s a gem ... Just perfect."
- Ed Siegel, WBUR's The ARTery

Run Time: 90 minutes with no intermission

This play contains strong language and graphic content, including the use of special effects blood. May not be suitable for people under 16. If you have any questions or need more information, please email us at info@companyone.org

>> A CONVERSATION WITH RUBY RAE SPIEGEL

“It felt really important to me to make them teenagers dealing with a problem that’s political and immediate. I was interested in going to that really hot space and trying to find empathy and truth and specificity with it, because every teenage abortion story is specific and has to do with specific people.” Click HERE to read the the interview. 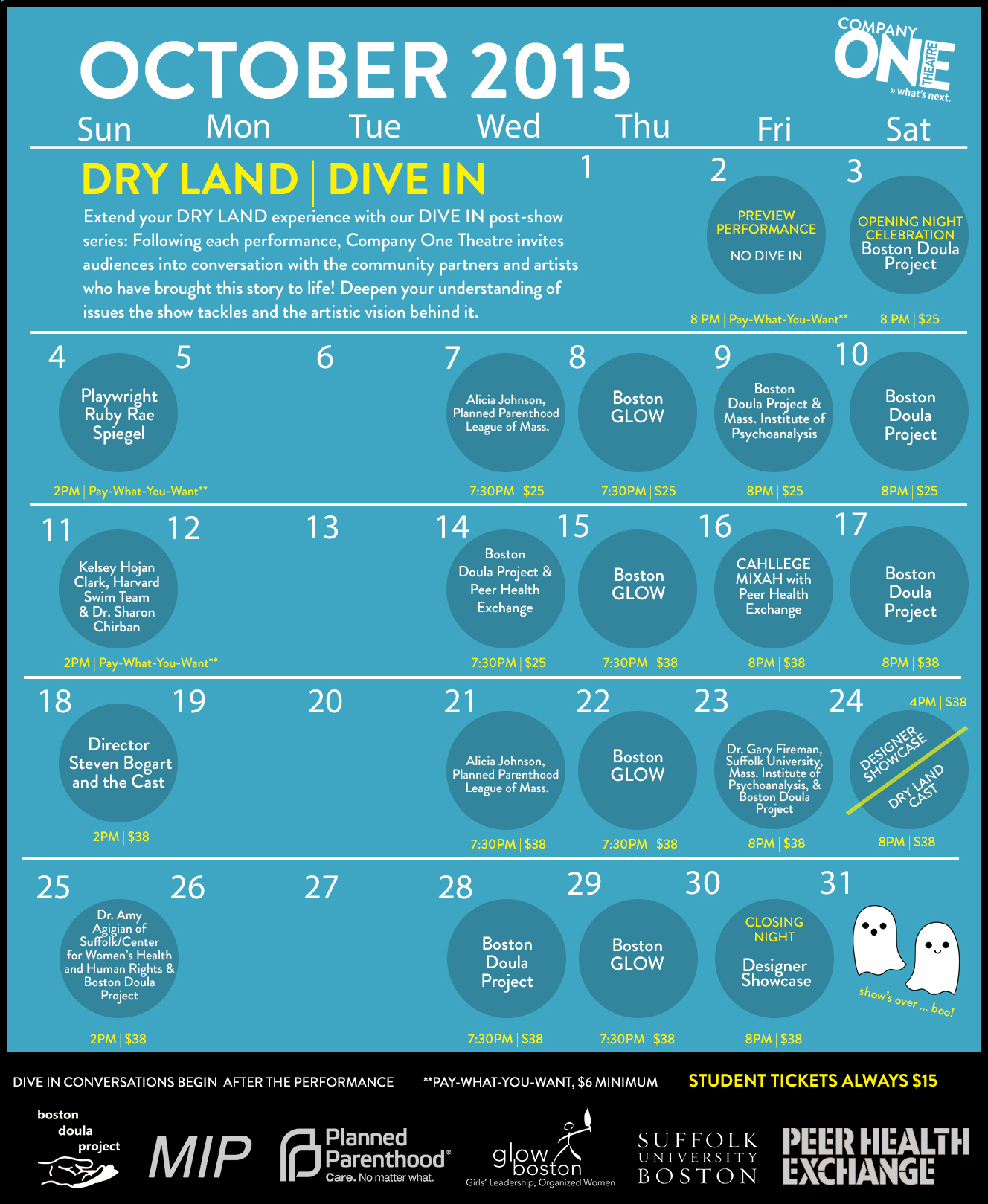 >>ABOUT OUR COMMUNITY PARTNERS

APC is a psychology practice committed to helping a wide range of individuals.  APC addresses the needs of athletes, patients with eating disorders, performers with disordered eating and financial executives.  Combining the tools from clinical and sport psychology, APC aims to improve well-being in both the personal and professional domains. amplifyingperformance.com

The Boston Doula Project provides free, compassionate and empowering support to people experiencing abortion. We promote the doula model of physical, emotional, spiritual and informational support for people throughout the full spectrum of reproductive experiences. bostondoulaproject.org

Boston GLOW empowers girls and women to confidently use their voices and become leaders in our communities. Girls’ Leadership (GL) identifies and rewards motivated female youth who possess powerful ideas through scholarship, micro-grant, and mentoring programs. Boston GLOW’s Organized Women (OW) engages and inspires a network of women at issue-focused events and in numerous service and leadership training opportunities that help them reach their full potential. bostonglow.org

Founded in 1987, MIP offers a training program in psychoanalysis and a one year postgraduate fellowship program. We are an open organization providing a community in which anybody with an interest in psychoanalysis may become a member and participate. MIP offers free psychoanalytic programs where analysts of local, national and international reputation dialogue about comparative positions on topics of current interest and the relevance of psychoanalysis in the larger world. mipsa.org

The Center for Women’s Health and Human Rights (CWHHR) at Suffolk University is the first academic institute in the United States to focus on women’s health and human rights in the social sciences, arts and humanities, and public policy. Founded in 2003, the CWHHR is committed to furthering the dignity and wellbeing of women and girls everywhere by exploring and extending the linkages between women’s health and human rights. suffolk.edu