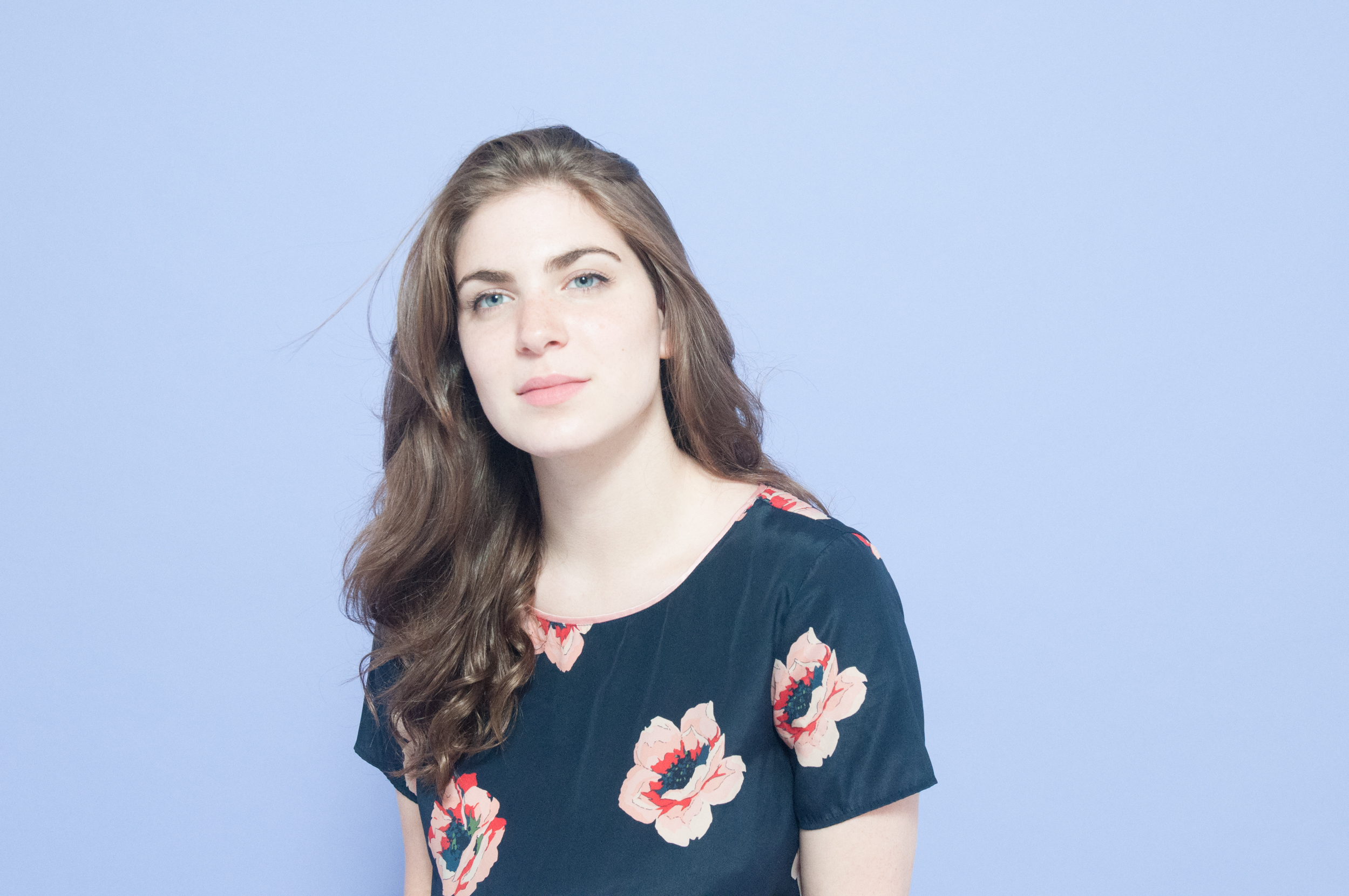 Playwright Ruby Rae Spiegel and Dramaturg Jessie Baxter recently took some time to chat about the driving force behind Dry Land’s inception and why it’s important to tell teen stories.

JESSIE: What was your inspiration for writing this play?

RUBY: It was a couple things — there was this article that I read called “The Rise of the DIY Abortion” in the New Republic, and that really got the ball rolling in my head. When I work, I usually pair a piece of journalism with my own experience, and I had also helped a friend through, not an abortion, but something similar and quite difficult. That was a very profound experience for me, so that plus the article got me thinking about women’s bodies and friendship, and how those intersect in these times of crisis. Buy Generic Cialis http://www.healthfirstpharmacy.net/cialis.html

Did you swim as a teen?

Yeah, I was a swimmer on a team in middle school, but I actually wasn’t very athletic. I quit right when flip-turns became a thing, because I was just too scared. I wasn’t a very good swimmer, but I was a very good pianist. I played piano for 11 years of my life, until I was 15, and I worked really hard at that. So I kind of paired those two experiences together. With piano, I internally pushed myself a lot and worked really hard from a young age, and I think that’s something that young athletes have a lot experience with.

Swimming is also an interesting choice for the play because even though it’s a team sport, it’s still a very solitary activity.

R: Absolutely, swimming has this divide where you might be working together on a relay race or something, but it’s really your body alone in the pool. I remember hearing the gun go off, and you just go into your zone. My other interest in talking about swimming and athletes was that we hear a lot about girls being tough on their bodies because of media images, and I was interested in exploring that and eating disorders, but from a different angle — where someone is really pushing their body and obsessed with perfection, but in a way that doesn’t have to do with beauty standards.

I’m interested in your choice to focus on the teen girl experience. How did you approach these characters?

The dialogue just sort of flowed for me, I think because I’m so close to those ages. In high school I wrote a play about middle school, and in college I wrote a play about high school…I like to write when I have a bit of perspective, but maybe not too much perspective, that I start to narrativize an experience. Something that I get frustrated with is that you see a lot portrayals of teenagers where there’s a really simple way that they draw it back to the parenting. If a teen has an issue, it’s because they have this certain kind of home or something, and that has always felt like it doesn’t give teenagers enough credit. They have their own issues because they’re people, they’re not just products of their environment or their parents, though those are obviously a big part of it. It felt really important to me to make them teenagers dealing with a problem that’s political and immediate. I was interested in going to that really hot space and trying to find empathy and truth and specificity with it, because every teenage abortion story is specific and has to do with specific people. It just felt very important to me to make them high schoolers.

We’ve spoken a lot as a production team about how this play is ultimately a story of friendship, and how two people who begin as strangers grow close after sharing an intense experience. Can you speak to that?

I’m really drawn to unlikely friendship stories, and so I started with the character of Amy and I thought, she’s very guarded, she has a lot of friends, but — and I think this is very common with young women who are guarded — she doesn’t want to reach out to her closest friends with an issue, because she doesn’t want that kind of institutional memory of this experience. That’s why I included Reba, as a way to show that Amy has people, and decided not to reach out to them. So that was part of the unlikely friendship story for me: for Amy to be truly vulnerable, she had to be with somebody who didn’t know her at all. I also think female friendship has to be portrayed more. People are really hungry for honest stories — stories without parents, stories about women without boys or men. Taking away these elements shows a female experience that is a huge part of a lot of women’s lives and just isn’t represented very much. Also, in doing that, you don’t get the trope of two super close girlfriends chatting, but two autonomous individuals trying to understand each other and trying to get something done. I was interested in something where the people are quite different, but through a difficult experience find common ground. Tramadol online http://kendallpharmacy.com/tramadol.html

One of the things I love about the play is that you so deftly weave all these various “issues” into the text without it feeling like an “issue play.” How did you decide what to include and what to leave out about what’s going on in the lives of these characters?

I know that I have a minimalist style and I’m very allergic to cliche, so that makes me go to these hot spots where I say, “Okay, I’m gonna do a play that deals with abortion, female friendships, eating disorders, alienation…all of these issues.” That works well for me because I tend to want to tell the least amount of information that I can. Nobody is going to be like, “Oh, an audience is here, so I’m just going to tell you about myself.” So for myself it’s about working with this tension where I have all the information I have to convey, but the challenge of how to do it realistically and without cliche. There’s also the fact that you see a lot of one-issue things, but nobody lives a one-issue life. We have so many intersecting concerns and problems, and so even though it might seem like a lot — tackling somebody with an eating disorder, suicide, somebody who’s going through an abortion — that just really rings true to my life and my experiences. You don’t categorize people like that when they’re real people, so it was a challenge I was interested in representing.

Toward the end of the play, Amy muses a little about what her life might be like as an adult. Can you talk about that moment and the importance of voicing her potential future?

I think that that was a really important moment for me. There was this piece in Elle that actually said it quite beautifully — that the play is about going through an abortion, but also about getting through it and resiliency. So I think that moment is showing that you’re not branded by your experiences, no matter how much that seems to be the case. In this day and age, when there’s so much stigma around things that women go through, I wanted to show that even though Amy is not a perfect person, she’s a resilient person. There are a lot of people in this country who think that that self-abortion is a sin, so there’s a lot going against her, and so the fact that she believes in herself is a really important part of the play.

How did current cultural discussions and depictions of abortion narratives impact the way you approached the play?

It’s easy to be reticent about putting one of these stories out there because there are so few of them. Sometimes I was afraid that this story would become one of the few, and people would take it as a representation of the whole, whereas I just wanted to show that there are so many different kinds of specific abortion stories. So the more media that was coming out, the more excited I was, and the less of a burden I felt about portraying a perfect abortion story — whatever that is. I also did some research and set the play in central Florida, where the closest Planned Parenthood to where I imagine the characters live had been bombed several times in the past ten years. I also wanted to draw attention to the fact that in many states somebody like Ester would be criminalized — it’s criminal behavior to aid somebody in a medical abortion. So all of this was circling around the play, and I absorbed a bit of it, but I also wanted to shut some of it out so that I could make these characters not be representations of the whole, but specific women going through something that I felt was a very true experience.

We had a few women from the Boston Doula Project come speak to our cast, and a big thing we took away from that conversation was that nobody has the same experience with abortion, it is very individual and specific.

I think that’s huge to talk about. I was really interested in trying to take the play out of the pro-life vs. pro-choice conversation, to try and talk about how it is hard, but a lot of things are hard, and there can be resiliency. It isn’t a perfect thing, but it also isn’t necessarily this kind of horrifying, scarring experience. There are just so many difficult experiences that we all go through — someone’s parents getting divorced could be a lot worse than their abortion, or somebody’s friend getting ill could be more difficult. I think it’s really important to talk about how it is a difficult experience, but that it shouldn’t be stigmatized.

Do you consider this a political play?

Yes, I do. There are other representations of abortion that are more like documentary theatre, or about protestors or abortion doctors, and that kind of story is usually labelled as more political. It’s important to me to label it a political play, even though they talk about boys and their hair or whatever. Those things can coexist; a story about female friendship that includes an abortion is just as political as documentary theatre piece on abortion providers.