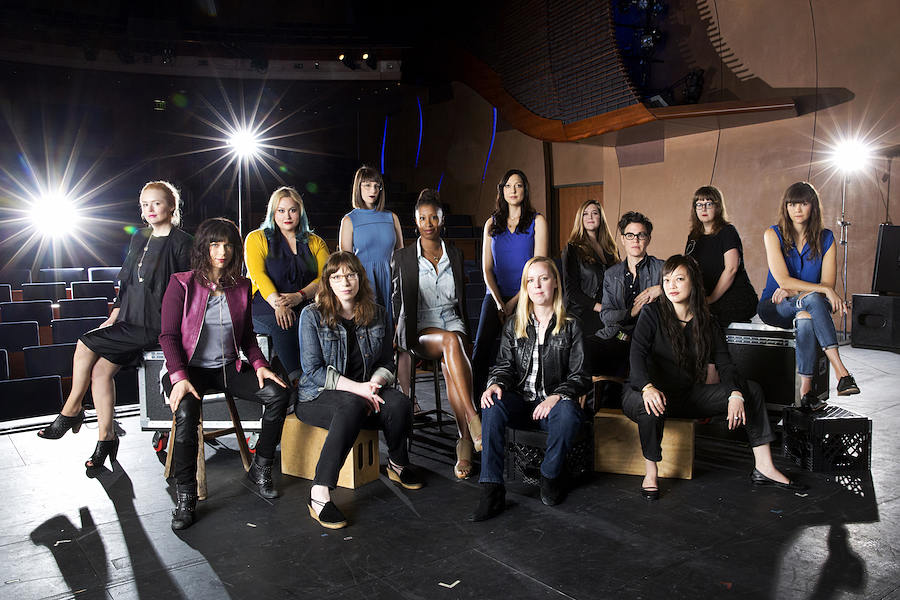 The Kilroys. (Photo by Elisabeth Caren)

American Theatre has a feature on The Kilroys‘ most recent list of plays by female and trans* playwrights, released this week:

Since the Kilroys launched the List in 2014, more than 100 productions of plays from the List have been staged across the country at theatres like Actors Theatre of Louisville, Center Theatre Group,South Coast Repertory, and Atlantic Theater Company. In a survey of playwrights who have been included on the List, 95 percent of respondents reported an increase of requests for their plays following inclusion on the List and 80 percent report subsequent productions.

The Stage breaks down how the UK’s vote to leave the EU will have an impact on the arts:

The ability to train in European institutions could be restricted, while issues such as visas for performers and creatives working across the continent will now need to be addressed.

Access to EU markets could also come under threat as a result of Britain’s exit – the single market within the EU is the largest export market for the UK’s creative industries, totalling 56% of all overseas trade in the sector.

Entertainment unions including Equity and the Musicians Union both claimed the consequences of leaving the EU would be “very unwelcome” for British artists and performers.