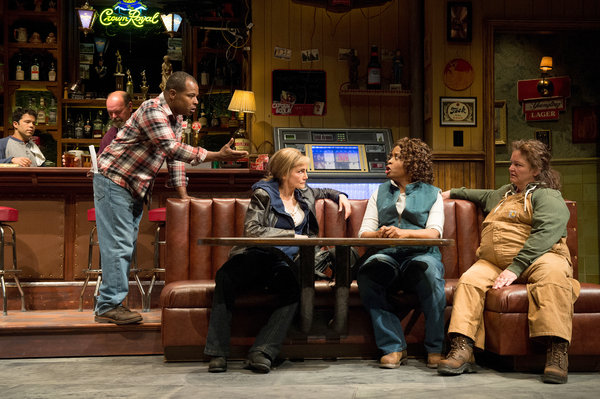 As for diversifying the audience and drawing in more minorities, progress has been made, but it’s a slow process. At some shows I have seen, like Ms. Nottage’s “Sweat,” I couldn’t help but notice that the people onstage were far more ethnically diverse than those in the audience.

“I know that the largest diversity comes from our student audiences,” Mr. Rauch said, while admitting that the theater has a ways to go in terms of reaching out to ethnically diverse audiences. To that end, he and other members of the staff created an Audience Development Manifesto in 2010 meant to address the problem. This document noted that at the time minorities — aside from students — represented just 10 percent of the festival’s audiences; since then it has moved up to 16 percent. It was in 2013 that the company made its website bilingual.

This Guardian post looks at the rise in visibility and training of artists with disabilities in the UK, and ways to continue making theatre accessible:

I want disabled artists to be able to make work that matters to them and connects with an audience, however that audience is defined. I want to see personal stories, work that addresses the experiences of being disabled, and work that’s just anything a disabled artist wants to make. I want to see very divergent points of view – from those who want to celebrate being different and move away from any sense of disability, to those who absolutely identify as disabled.

I would like to suggest a view that draws on the paradox of Schrödinger’s cat, where something can appear to be both itself and its opposite. Sometimes disability arts might need to be seen as a single entity – a movement rich in diversity. At other times it might need separating out, for example when delving into the aesthetics of the work of some learning disabled artists, where the discourse might need to develop differently than that which has already evolved around work made by some artists with physical and/or sensory disabilities.

END_OF_DOCUMENT_TOKEN_TO_BE_REPLACED

On December 16, artistic directors from theatre companies in Southern California met to discuss the director’s role in diversity in the theatre and what can be done to make SoCal’s theatres more inclusive. Here’s the announcement.

You can watch the panel here: Livestream.

Finally, this blogger, The Fairy Princess, gives her opinions on what the artistic directors said at the panel about the struggle for diversity including a call for action and less talking. You can read her thoughts here.