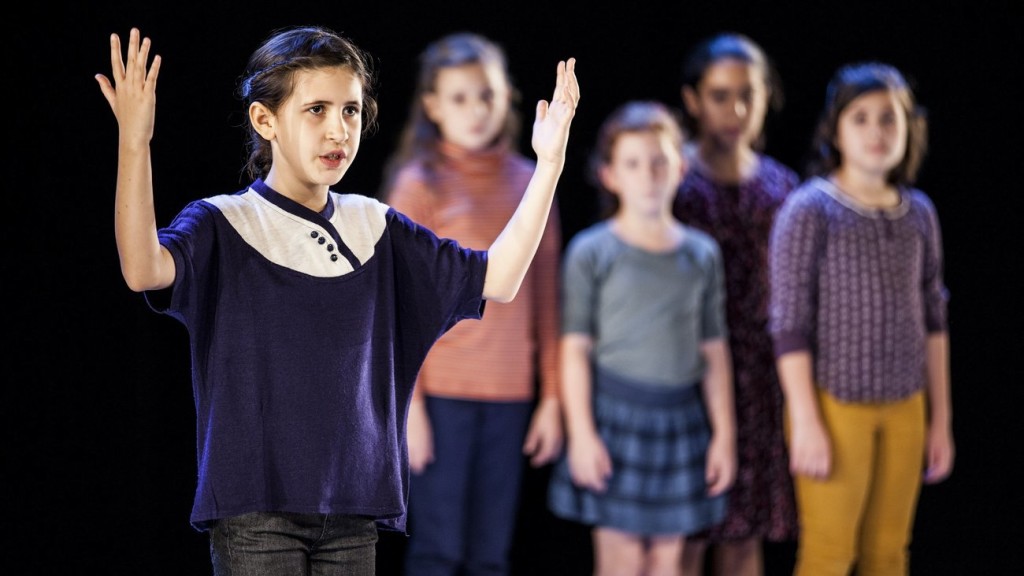 Violet Newman is one of five young girls who make up the cast of Employee of the Year, one of the plays being featured at this year’s Under the Radar Festival. Maria Baranova/Courtesy of the Public Theater

NPR has a story about the Under The Radar festival and how the co-artistic directors of the festival approach their programming:

Meiyin Wang and Mark Russell, co-artistic directors of Under the Radar, crisscross the globe every year trying to answer a single question. “In this day,” Russell says, “when there’s all sorts of great ways of telling stories and everyone’s got a camera … we’re looking at: Why do theater now?”

The LA Times interviewed the creator of the #OscarsSoWhite hashtag after the Academy Award nominations were announced this past week:

Thursday morning, the Academy of Motion Picture Arts and Sciences announced the nominees for this year’s coveted golden statue. For the second year in a row, not one nominee in the four major acting categories is a person of color. Furthermore, people of color are virtually absent from all the other categories as well.