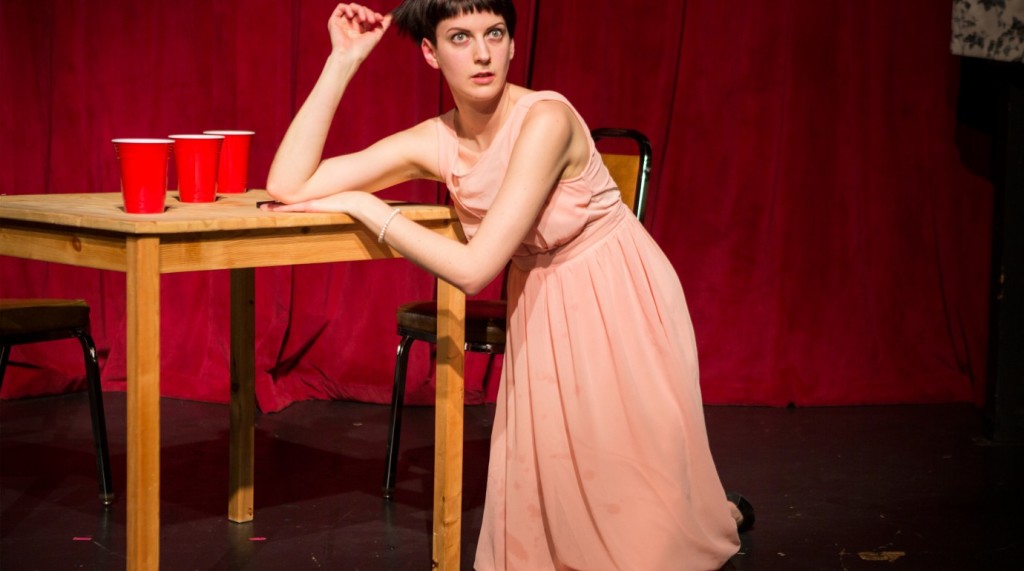 American Theatre has a feature on the ongoing copyright dispute surrounding the performance piece That’swhatshesaid in Seattle:

That’swhatshesaid, performed for a four-night run last week in a 50-seat venue at Gay City Arts in Seattle, is a new work inspired by a growing frustration with the role of women in theatre, and constructed from the words of leading playwrights. Three young queer artists—director Hatlo, playwright Courtney Meaker, and creator/performer Erin Pike—worked for two years to make it. In setting out to draw attention to the ways in which women’s voices are rendered and their bodies presented onstage, they took pieces of dialogue and stage directions from the 11 plays listed by American Theatre as the most-produced plays of the 2014-2015 season. The Whipping Man was on the list, as were David Ives’s Venus in Fur, Christopher Durang’s Vanya and Sonia and Masha and Spike, Nina Raine’s Tribes, and Joshua Harmon’s Bad Jews. Of the 11 plays, only 2 were by women (the other was Amy Herzog’s 4000 Miles).

An essay on Vox explores the inequalities faced by artists of color in the acting industry:

I write a note to my Facebook friends condemning a theater culture that would let this happen. I explain that these sorts of racially charged interactions happen regularly and that they have, multiple times, almost made me quit the business. I juxtapose the difficulty of getting cast in theater due to my color, since the canon historically ignores minorities, with the knowledge that when we do get cast, these are the types of situations we find ourselves in. I finish by remarking that my career will probably be hurt more for speaking out against this culture than that white actor’s career will be hurt for calling me “nigger” on stage.