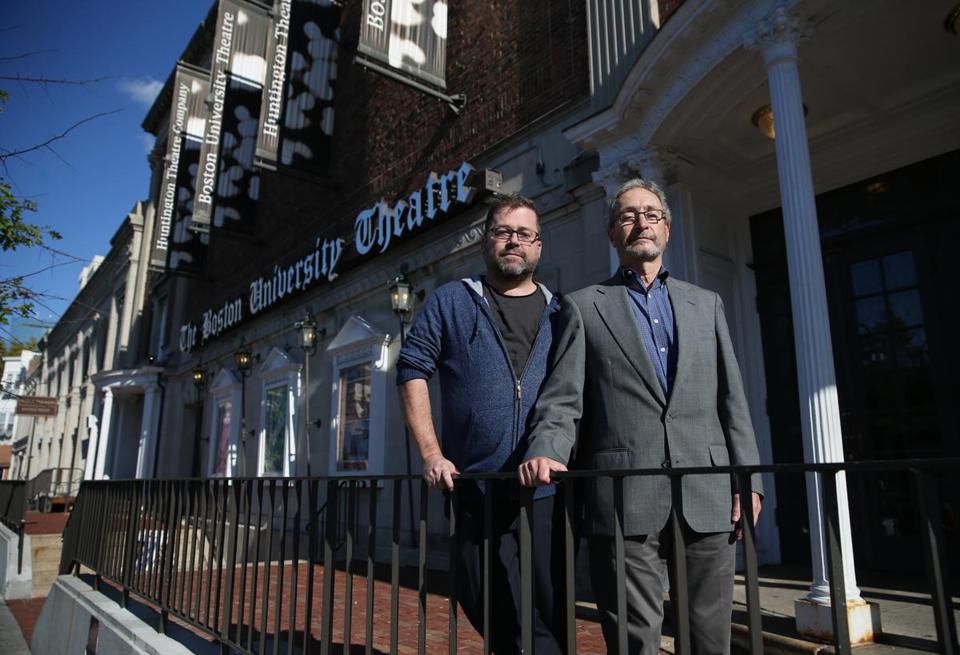 The Boston Globe has a story about this week’s big news regarding the partnership between Boston University and the Huntington Theatre:

After 33 years, Boston University and the Huntington Theatre Company are parting ways, and the university is putting the BU Theatre up for sale, effective immediately. For the highly regarded Huntington, which just two years ago won a Tony Award for regional theater, the dissolution of the partnership with BU ushers in a period of uncertainty.

Early career director Lucy Gram’s musings in HowlRound about life as an “emerging” artist are great:

Remember, as difficult as it is to make a life in the theatre, it is something I am lucky to be pursuing. What I am pursuing isn’t a career, or “success,” or a title. It’s an artistic practice. It’s a lens through which to look at life; a platform on which to ask questions about the world we know and create visions of worlds we have so far only imagined.

END_OF_DOCUMENT_TOKEN_TO_BE_REPLACED

In the past few months, Company One has been having conversations about different types of residency and partnership models. At this week’s staff meeting, we’ll be taking a deeper look at academic partnerships. Below are a few examples of theatres that partner with universities, and a few articles about how these partnerships first formed, to help guide our conversation. 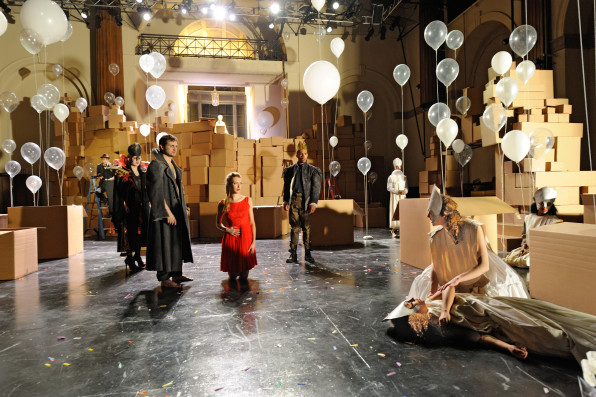 The Brown/Trinity Rep production of Pericles

Many universities choose, as Brown did in 2001, to partner with an already established theatre company to provide new, more professional training and exposure for their students. With Brown/Trinity Rep, this took the form of an entirely new degree program, the M.F.A. in Acting and Directing:

The consortium, which will incorporate the existing Trinity Repertory Conservatory, will provide professional training for the new M.F.A. program at Trinity Rep’s downtown campus…[Trinity Rep’s Artistic Director Oskar Eustis], who had been serving as a visiting associate professor at Brown, has been appointed a full professor. He will direct the new consortium and oversee its M.F.A. program…The consortium faculty will include faculty members of both the Trinity Rep Conservatory and Brown, and the administration and boards of Brown and Trinity Rep will share oversight of the program.

Other university/theatre partners opt for a collaborative relationship which may include residency, but doesn’t fuse the two institutional identities. Theatres maintain their separate non-profit status, while benefiting from shared resources like space, funds, and young artistic talent. In exchange, students get to work closely with career artists and colleges distinguish themselves as training grounds for real professional work. This is the case with the recent partnership between the New School and the Naked Angels:

The two sides anticipate a mutually beneficial arrangement that will help the New School professionalize its legit training programs, while at the same time aid in stabilizing Naked Angels and its producing initiatives in a tough time for fundraising.

With the New School, Naked Angels will incorporate students into its developmental programming — including readings and workshops presented under the banners Tuesdays at Nine, First Mondays and Angels in Progress, as well as the recently launched Naked Radio — and the company will be housed in a New School building in downtown Manhattan. Troupe will nonetheless remain an independent nonprofit with a separate board.

The partnership reps one potential formula for longevity for the smaller Gotham legit orgs that have been battered by the economic slowdown in recent years. To a degree, it matches a template forged by pacts between pro theaters and academic institutions in other cities, including Harvard/A.R.T. in Cambridge, Yale/Yale Rep in New Haven and U. of San Diego/Old Globe in San Diego.