Qui’s parents always told him they fell in love at first sight—but really, it was just a hook up. After the fall of Saigon. In a refugee camp. In Arkansas.

A kinda-true love story with a hip-hop heart, Vietgone is a hilarious ride from Marvel Studios writer Qui Nguyen, who mixes music and memory to pin down his own origin story.

Company One Theatre is producing VIETGONE to amplify…

– Asian and Asian American characters who are honest, raw, powerful, human, funny, clever — who are lovers, fighters, and survivors.

– The complexities of the Vietnam/American War and the ways personal and “official” versions of historical events differ.

– Refugee narratives that embrace a wide range of human experiences and emotions.

– The vibrancy and depth of Boston’s myriad Asian-heritage communities and the work of collaborators like Pao Arts Center.

Walk-up:
Calderwood Pavilion at the
Boston Center for the Arts
527 Tremont St. 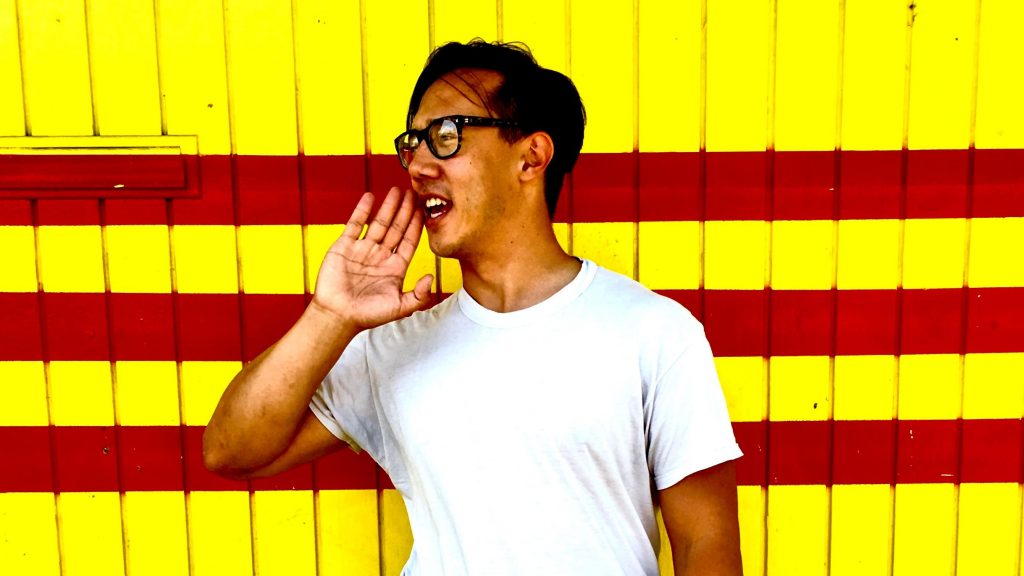 Acclaimed songwriter and musician Julian Saporiti brings his No-No Boy project, an innovative blend of music and scholarship, to Pao Arts Center. Working from years of doctoral research at Brown University, Saporiti has transformed Asian American histories into an immersive multimedia concert using original folk songs and archival projections to create what NPR has called “an act of revisionist subversion.” This concert will focus on a selection of songs from Saporiti’s vast catalogue which highlight his family’s history as Vietnamese refugees, as well as a suite of songs which look at diverse stories from North America’s Chinatowns.

Plus: members of the VIETGONE cast and creative team will join Julian for a conversation after the concert!