The Pain and The Itch 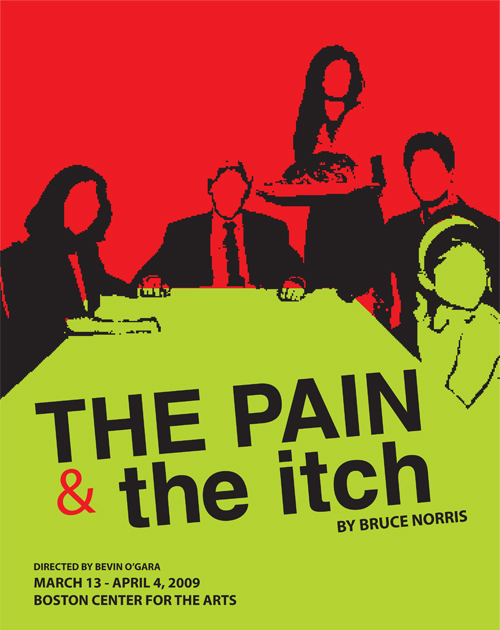 Written by Bruce Norris
Directed by M. Bevin O’Gara
March 13 – April 4, 2009
The Plaza Theatre @ The Boston Center for the Arts

Company One is proud to present the Boston premiere of Bruce Norris's controversial play THE PAIN AND THE ITCH, featuring Nancy E. Carroll. With a young daughter in serious need of attention and a ravenous creature possibly prowling the upstairs bedrooms, what begins as an average Thanksgiving for one privileged family unravels into an exposé of disastrous choices and less-than-altruistic motives. THE PAIN AND THE ITCH is a scathing satire of the politics of class and race, a compelling, painfully human examination of denial and its consequences. Following sold out runs at Chicago’s Steppenwolf Theatre and New York’s Playwright’s Horizons, Company One is proud to stage this highly anticipated Boston premiere.

A great evening of theatre and I challenge you to keep your jaw from dropping.
- BroadwayWorld.com

Darkly funny...wallop of a play...sharp, funny dialogue.
- The Boston Herald

THE ACTING IS SUPERB.
- The Theatre Mirror