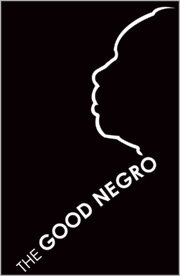 Before there was change, there was Birmingham. When Claudette Sullivan is beaten and arrested for taking her little girl into the “white only” restroom at a department store, she finds herself at the heart of the 1960’s American Civil Rights Movement. Tensions build in the increasingly hostile South as a trio of emerging black leaders attempts to conquer their individual demons amid death threats from the Ku Klux Klan and wiretaps by the FBI. Though the details and characters may be fictionalized, these personal stories are inspired by political upheavals and the historical record, revealing the human frailties behind the historic headlines.

plenty of polish... an excellent cast
- The Boston Herald

every moment opens new insights, every detail feels perfect, and ovations and awards are inevitable. This show is, in every way, historic!
- The Theatre Mirror

January 28, 2010
Company One Render 'Negro' Spiritual by Nick Dussault, The Boston Metro
January 26, 2010
"Good Negro" Depicts Struggle to Achieve Vision by Hannah Kirsch, The Justice
January 18, 2010
The Good Negro by Kay Bourne, EDGE Boston
January 20, 2010
’The Good Negro’ brings out the best from Company One by Jules Becker, MySouthEnd.com
January 19, 2010
The private man vs. the public good by Don Aucoin, The Boston Globe
January 18, 2010
THE GOOD NEGRO by Matthew Shutzer, Blast Magazine
January 17, 2010
THE GOOD NEGRO by Jon Sobel, BlogCritics
December 31, 1969
"The Good Negro" by Larry Stark, The Theatre Mirror
January 15, 2010
Depicting an icon for the cause, including his flaws by Joel Brown, The Boston Globe
January 14, 2010
The Good Negro by Reynolds Douglass Graves, The Bay State Banner