The Emancipation of Mandy and Miz Ellie 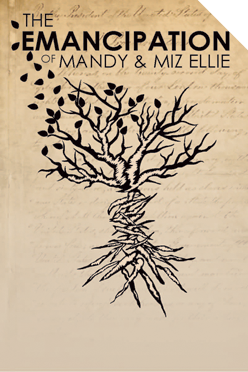 A World Premiere by Lois Roach
Directed by Victoria Marsh
Featuring OrigiNation
April 30 – May 22, 2010
The Plaza Theatre @ The Boston Center of the Arts

THE EMANCIPATION OF MANDY AND MIZ ELLIE illuminates the story of two women whose lives become inextricably intertwined with a single purchase. An examination of life surrounding the Emancipation Proclamation, this touching and relevant journey told through live percussion, rhythmic movement and the songs of freedom makes history, her story. Company One is proud to continue its commitment to producing new work with this world premiere by local playwright, director and company member Lois Roach.

Rhythm, song and dance collide in a triumphant tale of hope!