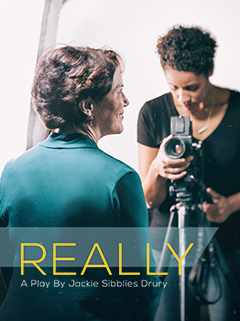 In a studio filled with photographs, two very different women work to process the disappearance of a charming, volatile artist. But which of them really knew him? Staged in SOWA’s intimate Matter & Light gallery, this striking, lyrical new work follows the people he left behind as they sort through his remaining photos—which offer confounding clues into to the person they both loved. Through sound and silence, flash and shutter, REALLY explores the elusive way in which photography freezes a moment in time, and what effect that image has on memory.

GRIEF AND HEALING: A DISCUSSION
Friday, March 3rd | Immediately following the 7pm performance
Join us after this performance for a post-show panel about grief, healing, and the role of photography in these processes. We will discuss these themes as they appear in REALLY, and local experts will share their thoughts.

Over the last few seasons Company One has been able to reach more people and create with more innovation thanks to some profound collaborations. This season takes our partnerships to the next level — Season 18 marks historic strides in cross-functional relationships between theatre and other cultural landmarks in Boston and beyond. Producing REALLY with Matter & Light Fine Art is the epitome of these exciting collaborative endeavors.

From the collaborators: “The question of what exactly art is good for – capturing reality? Evading it? Critiquing it? – is a profound and perennial one. We’re ecstatic to be exploring this question with such a smart, principled group, whose members care so much about the role that art plays in the human story.” —  Ian Marcus Corbin, Director of Matter & Light

Stylishly contemplative ... REALLY is unusually clearsighted about the ambiguities of its subject.
- New York Times

Only 45 tickets per performance!

**Note Regarding Performance Dates: Really performance dates have shifted since their initial announcement in our season announcement. Company One has chosen to postpone the show’s opening to account for the events of Inauguration weekend, specifically the March on Washington, and to provide space for political activism on the part of all C1 staff, audiences, and supporters.

For other Group Sale discounts
and requests, please contact
Susanna Jackson at
sjackson@companyone.org 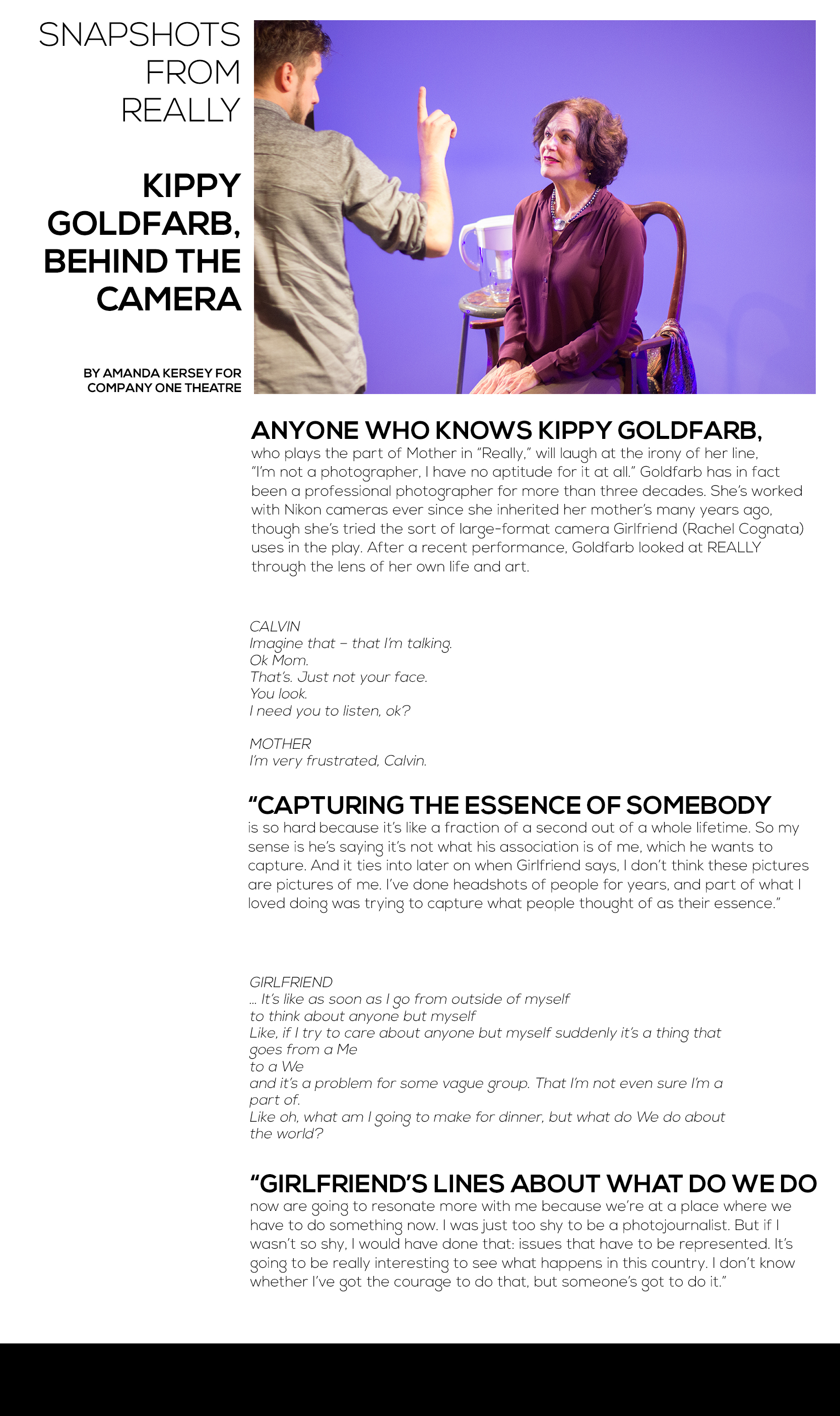