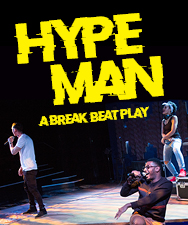 Frontman Pinnacle and his hype man Verb have been making Hip-Hop together since they were kids. Now that they’ve got top-notch beatmaker Peep One in the mix, the group is finally on the verge of making it big—until the police shooting of an unarmed black teenager shakes the trio to its core, and forces them to navigate issues of friendship, race, and privilege. Returning for THREE NIGHTS ONLY after acclaimed runs in Boston and Minneapolis, Hype Man asks us: who has the responsibility to speak up in the face of social injustice?

Join us on Thursday 11/14 for a post-show conversation with Boston activist Monica Cannon-Grant in dialogue with playwright Idris Goodwin! 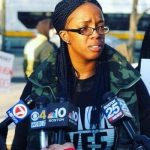 Monica Cannon-Grant is the founder of the local grassroots organization Violence in Boston, whose mission is to improve the quality of life & life outcomes of individuals from disenfranchised communities by reducing the prevalence of violence and the impact of associated trauma. 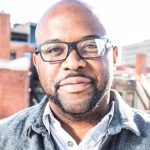 Idris Goodwin is a creative voice for change impassioned by art for social good. He harnesses the power of written and spoken word to build more diverse and equitable spaces for all. Goodwin is a playwright, director, break beat poet and educator. His poetry was featured on HBO Def Poetry, Sesame Street, NPR, BBC radio and The Discovery Channel.