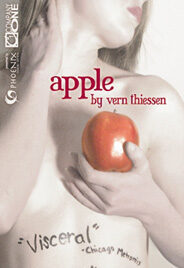 The Boston Playwrights Theatre Company One and Phoenix Theatre Artists are proud to introduce award-winning Canadian playwright Vern Thiessen to Boston audiences. Andy is in trouble. Downsized from his job, his marriage in crisis, he looks to a mysterious young woman for salvation. But when his wife becomes seriously ill, Andy must make a choice: care for an estranged wife, or run away with a woman he knows little about. A haunting tale of sex, secrets and second chances.