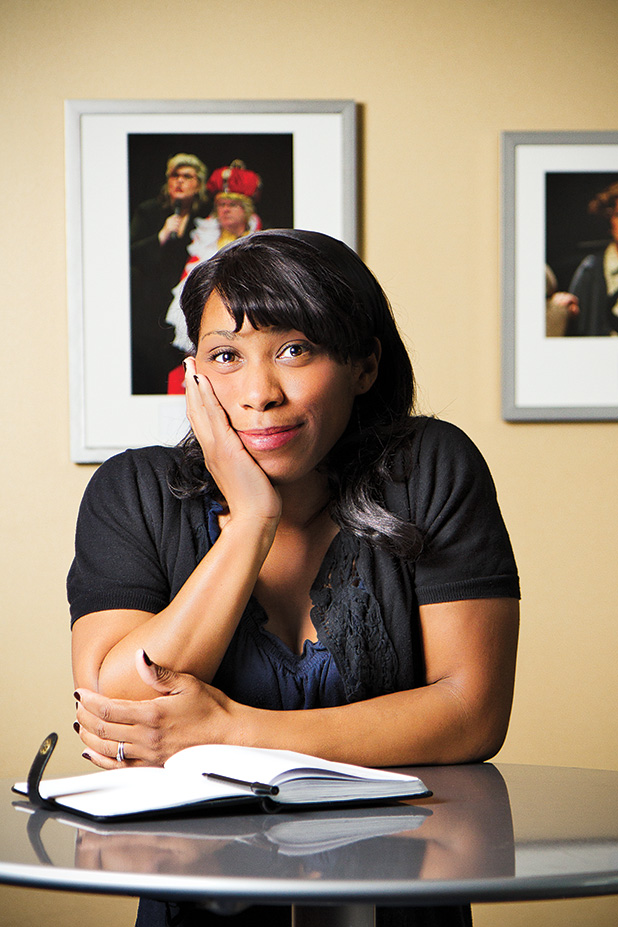 C1 pal Kirsten Greenidge was named to the 2016 Boston’s Best list by the Improper Bostonian!

February was a busy month for BU professor Kirsten Greenidge, who had two plays running on local stages at the same time. The Huntington Theatre Company presented Milk Like Sugar, an Obie winner about teens who enter a pregnancy pact, while the New Repertory Theatre and the Boston Center for American Performance teamed up for Baltimore—a timely drama about a resident assistant dealing with racism in the dorm—as part of a rolling world premiere that hit campuses across the country. And the Arlington native has several new projects in the works, including a Kennedy Center commission. Writing about issues of race, gender and class with wit and compassion, she has us on the edge of our seats.

A piece for The Awl questions why performance art is so misunderstood as a medium:

Performance art is as historically and culturally bound as sculpture, painting and film. There isn’t room in this article to cover the extensive, fascinating and important history of performance art (if someone wants to pay me to cover this in a sleek coffee table book, you know where to find me!), but here’s a gloss: performance art has its roots in the 1960s and ’70s as a specific turn away from institutionalized parameters. Many critics, curators and historians see the roots of performance as stemming from Viennese Actionism movements in Germany and Europe, while others track its origins to Dada, Surrealism and even the Greeks; the medium’s heritage is complex and manifold.