Olivia D’Ambrosio, producing artistic director of Bridge Repertory Theater, reaches for a play among a pile of books in her home office. (Robin Lubbock/WBUR)

The ARTery examines gender parity in theatre, nationally and locally, with some shout-out’s to C1:

Anecdotal observations are backed up by some stark statistics. A study released by the League of Professional Theatre Women in October, focusing on New York City theaters, found that divisions of labor at theater companies appear to be highly gendered. In the past five years, women accounted for 72 percent of the stage managers and assistant stage managers tallied; just 33 percent of directors were female.

HowlRound posted the text of Todd London’s keynote address from the Association of Performing Arts Service Organizations earlier this month:

The etymology of the word service points in two directions. In Old English, service means religious devotion; in the Old French and Latin it denotes slavery. It’s a big word, service, calling to mind food and kindness, military duty, patriotic honor, and sex. I want to stay with the two-headed root, though: dedication to a life of spirit this way; indenture that. To the right, we have the arts service community’s saint-like fanaticism. To the left, its feelings of unappreciated servitude. Sometimes we serve glorious missions; sometimes we serve the self-serving. “You have given your life to a beautiful cause,” the angel on one shoulder whispers. The devil on the other laughs, “Nobody sees or knows what you do. It’s not worth it. Fuck it. Go make some money.” 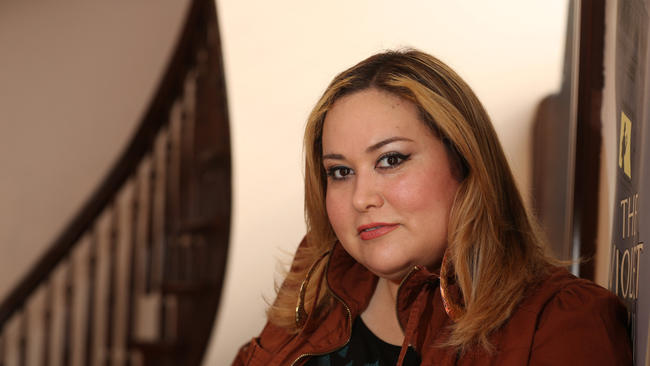 According to a Thursday news release from the cable network, the show “follows twin sisters, Brook and Lyn Hernandez, who inherit an East LA building from their recently deceased mother. They open Pour Vida, a new wine and tapas bar, in a building in Boyle Heights which houses a failing lesbian bar below and a village-like collection of Eastside denizens in three units above.

Most plays produced are by white men named David because that’s how America is. In discussions about how to change this, some guy will invariably say in a cautionary tone “a play must be judged on its merits alone,” and it’s very awkward for everyone involved because… Yikes, David. Did you think white privilege was a merit-based system?