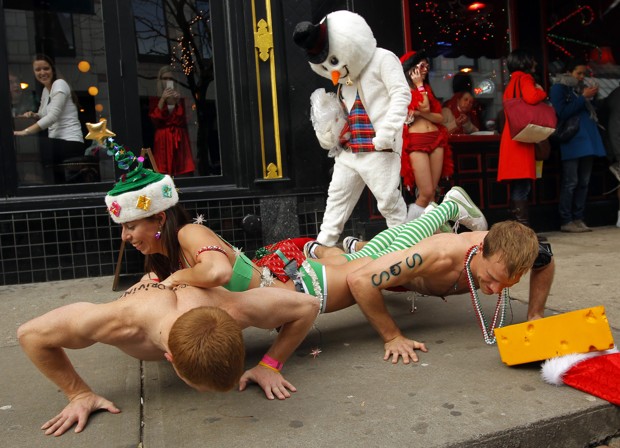 Boston has plans to make the city more fun via the Late Night Task Force, as reported by The Atlantic’s CityLab:

Good times are good for good’s sake, but there’s a powerful economic argument behind the mayor’s push, too. An example: a report from the San Francisco Office of the Controller found that nightlife generated $4.2 billion in spending in 2010. Though most of the people who enjoy that city’s restaurants, bars, and music venues are local, more than half of that $4.2 billion comes from visitors’ wallets. A 2004 report commissioned by the New York Nightlife Association found that clubs and bars alone generate $9.7 billion annually for the city. The research data firm IBISWorld estimates that American bars and nightclubs took in $26 billion in 2015. Good times are also big business.

American Theatre has a story about playwrights working for TV and film:

For the bulk of my life, “TV writer” has been a gentle euphemism for “failed playwright.” A serious theatre person would barely admit to having a television, much less watching one. Those days are long gone. Now if you tell people that you haven’t seen “Breaking Bad” or “Mad Men,” it’s a kind of moral failing, an indication of poor character. Not watching the right television has become the mark of the philistine. And TV has largely claimed the center of popular culture, supplanting even film. If you go out on the street right now and ask people what movie they think should win the Oscar, you’re likely to get shrugs and vacant stares. Ask them what happened to Jon Snow on “Game of Thrones” or what the ending of “Mad Men” meant, and you’ll get a discourse on Internet conspiracy theories, spoilers, and deceptive camera angles. Ask them what will win the Tony and—well, they’ll probably say Hamilton. It’s the only Broadway show everyone knows about.

Women who work in improv comedy are speaking up about the culture of sexual harassment they experience:

Sexual harassment in Chicago’s improv comedy community has, until now, been a problem kept under wraps, current and former performers told the Tribune — discussed by women only in private among themselves. But that changed earlier this week when a Facebook post from Charna Halpern, founder and owner of iO Theater, opened a floodgate of impassioned responses. In them, women recounted unwanted sexual advances, inappropriate remarks and a persistent fear of retaliation if they spoke up. The comments have prompted the community to reexamine the status quo and, in iO’s case, update its policies and move to offer more training.

The finalists for the Edward M. Kennedy Prize for Drama were announced, and it’s a great list:

The Edward M. Kennedy Prize is given annually through Columbia University to a new play or musical that, in the words of the Prize’s mission statement, “…enlists theater’s power to explore the past of the United States, to participate meaningfully in the great issues of our day through the public conversation, grounded in historical understanding, that is essential to the functioning of a democracy.”