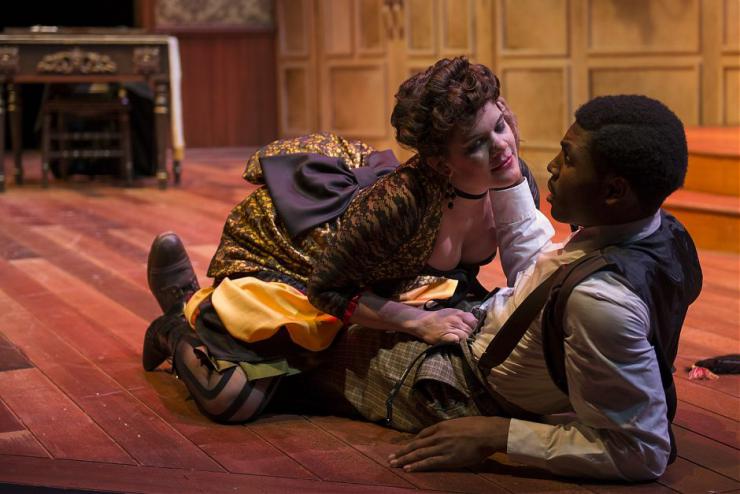 The Duchess of Malfi with Erika Miranda and Jalen Gilbert. Photo by Michael Brosilow

In HowlRound, Lavina Jadhwani examines what it means to be a color conscious director:

Compare Walsh’s response with what happened in 2003, when the city faced another crisis in the Theater District. Back then, the Wang Center for the Performing Arts—now the Citi Performing Arts Center, the same one Citi is pulling out of—summarily booted the Boston Ballet’s beloved production of The Nutcracker to make room for a carpetbagging production of New York’s Rockettes in the Radio City Christmas Spectacular. The next morning, Mayor Thomas Menino was on the phone trying to secure the Hynes Convention Center as a new home for the ballet. (Thankfully, that never happened—right sentiment, absolutely wrong venue.) Menino worked behind the scenes for months to seal a deal for the ballet, which leased the newly restored Boston Opera House at affordable rates and eventually took its toe shoes and tutus there for its entire season. 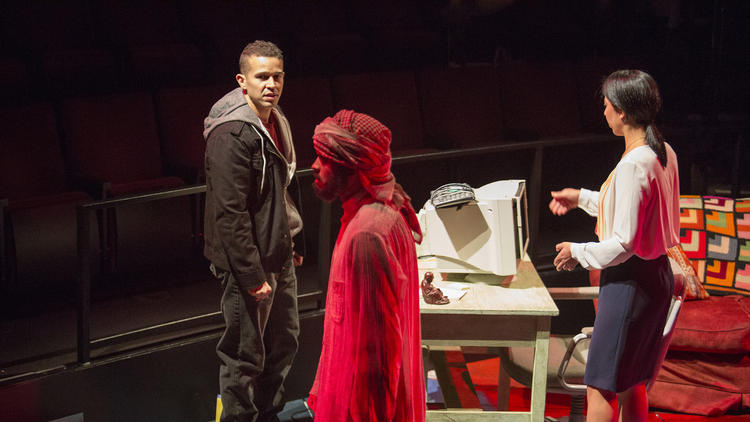 Charles McNulty’s recent piece in the LA Times looks at the up-and-coming playwrights that are challenging what it means to be producible, and how it’s changing the theatre landscape:

The impressive rule-breaking freedom of these writers, their radical unconventionality, makes this perhaps the most revolutionary moment in American playwriting since Sam Shepard, Maria Irene Fornes and Adrienne Kennedy began reinventing the dramatic wheel in the 1960s. Instead of waiting around for theater academics to confirm my in-the-trenches assessment of this budding golden age, I’m diving in with my students, trusting that the consensus of critics and theater professionals will be validated by history.

C1 playwright alum Kirsten Greenidge and her sister Kaitlyn Greenidge, a soon to be published novelist, were on Radio Boston yesterday to speak about the way they look to history to help them tell stories. You can listen to the interview below in advance of their appearance at Harvard Bookstore tonight!