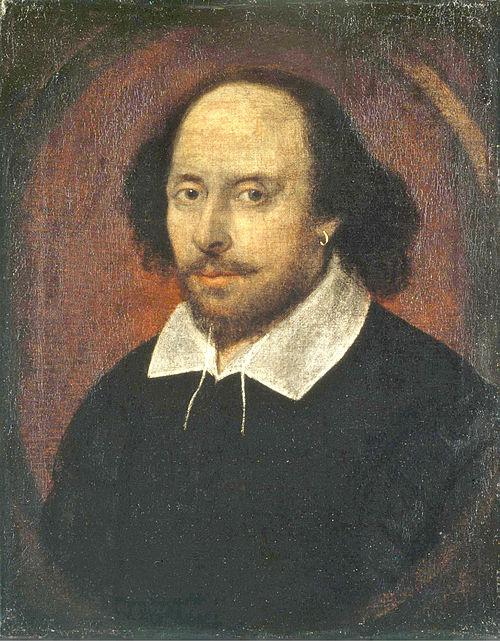 The Oregon Shakespeare Festival’s new Play On! program is commissioning 36 playwrights and pairing them with dramaturgs to translate 39 plays attributed to Shakespeare into contemporary modern English. The project is detailed in a HowlRound essay by OSF’s Lue Douthit:

This is not the first time this has been done. It may be the first large-scale project involving so many dramatists and other theatre artists. We already adapt Shakespeare every time we produce the plays. And by that, I mean that we examine different versions (quarto versus folio), we edit scenes or move them around, we change words that have changed meaning over time, and we adjust language to fit casting choices and production concepts. (In fact, it’s a rare production of a Shakespeare play with everything intact.) But I’m curious to see what we learn about the language and how the plays work if we hold all the other variables in place.

This Stage magazine has a story about disability in theatre:

Sherer, who uses a wheelchair, has a trove of stories to share about the discrimination she’s faced in her professional life. An example: Several years ago, she tried to audition for a soap commercial but couldn’t get into the room (the only entrance was a staircase). The casting directors asked her to meet them in the alley adjacent to the building; she complied. As part of the audition, she waved her hand in the air, only to discover that her palm and fingers had been grayed from maneuvering her chair along a surface covered in grime.

On the Non-profit With Balls blog, Vu Lee talks about the dynamics of soliciting individual donations from communities of color:

We need to accept the premise that fundraising, the way we understand and practice it currently, is historically designed for white fundraisers to work with white donors. This is not necessarily a bad thing; it often works. But taking these principles and practices and applying them to communities of color is like using a spoon to eat spaghetti—you can do it, but it will be slow, messy, and difficult. If we are going to engage communities of color in fundraising, either as donors or as fundraisers, we have to understand cultural context.

In the Washington Post, Peter Marks highlights the latest parity statistics for theatre in Washington DC:

The survey by Gwydion Suilebhan, a playwright, blogger and the region’s Dramatists Guild of America representative, and Olivia Haller, another D.C. playwright, found that 37 percent of the plays slated for the 2015-16 theater season are written by women. That is a substantial uptick from last season, when the work of female writers made up 29 percent of the area’s productions. And it’s a lot higher than for the first year of the study, 2012-13, when a mere 21 percent of the plays were written by women. In American theater, this gender gap is one of long standing.