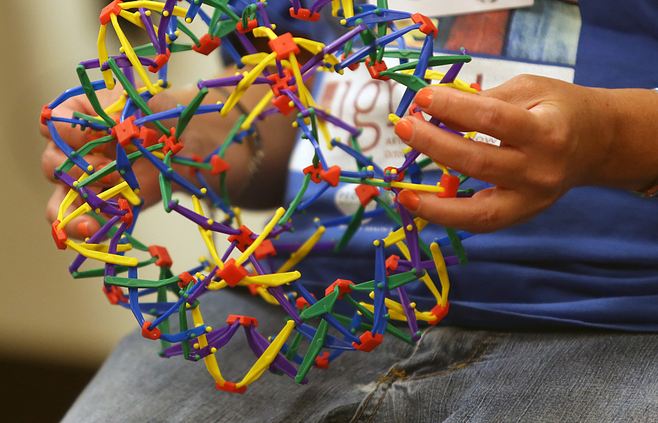 The Art Works Blog interviewed artist and activist Rhodessa Jones to talk about her work with The Medea Project and the intersections of theatre and social work:

I think the arts are the last frontier. Art is supposed to shake things up. Art is supposed to set up a series of questions and quandaries. As my friend Shawn would say, to be a great social worker is to be a great artist—an architect of humanity. I feel like being an artist is about finding ways to ennoble our humanity. It’s about finding ways of opposing those questions that are painful, that are hard. At the same time, the real genius is how do you make it as universal as possible.

Art to me is a lot of examining, pursuing, deconstructing ideas. Some of them have already been thought about, some of them are new for maybe me, but there is always some gold in these hills, there’s always some rough diamonds to be exploited, to be shared with a community.

Bitter Gertrude has some good suggestions for people who contact theatres to ask if a play is appropriate for their children:

No one likes this question. This question can strike deep anxiety into the heart of the most stalwart producer. Why?

We have no way of knowing what that means to you. All you’re really asking is, “Will I, a person you’ve never met, be uncomfortable seeing this play with my kid, who already knows much more about the topic than I am ready to confront, plunging me into a parental and emotional crisis, all of which I will blame on you for failing to psychically pinpoint my particular issue?”