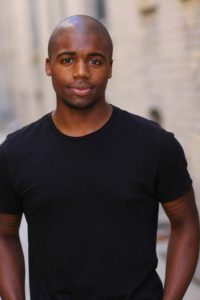 Join us as we ramp up to next summer’s production of LEFTOVERS by Josh Wilder! Get a sneak peek at the script-in-development and meet the playwright at this free public reading — part of C1’s groundbreaking PlayLab program. Your participation helps guide the continued development of the play leading up to its Company One premiere next summer.

Free and open to the public, but registration is required to save your space! CLICK HERE to RSVP.

About LEFTOVERS:
Weeds are a given in the heart of South Philly, but when a giant dandelion sprouts overnight and wishes start falling from the sky, one family begins to see a way out of the cycle of poverty that has governed their lives. For brothers Jalil and Kwamaine, hope is running thin as they wait for the arrival of their absent father—and in time, discover the power of their own dreams and the transformative influence of forgiveness. Seizing the possibility of no longer feeling like the city’s leftovers, the two brothers find themselves on an adventure they never could have dreamed of.

Josh Wilder is a playwright from Philadelphia, PA. His work has been developed at various theaters and festivals across the country including Company One Theatre, The Fire This Time Festival, New York Theatre Workshop, The Drama League, Oregon Shakespeare Festival, and the 2015 O’Neill National Playwrights Conference. His play LEFTOVERS was the recipient of the Holland New Voices Award at The Great Plains Theatre Conference and will be receiving its World Premiere at Company One Theatre in Boston this season. Recent commissions include, Play On! at Oregon Shakespeare Festival; and THE HIGHWAYMEN at The History Theatre. Josh is a former Jerome Fellow and Many Voices Fellow at The Playwrights’ Center in Minneapolis; has been in residence at The Royal Court Theatre; and is currently an MFA candidate in Playwriting at Yale School of Drama.