C1’s Professional Development for Actors program is designed to empower participants to be creative and collaborative, while developing their voice and building their skills. Like a skilled tradesperson, an actor needs to practice their craft, developing body, voice, and imagination.

Eight weeks of class work culminate in a virtual showcase of scene and monologue work, which will be viewable to the public. 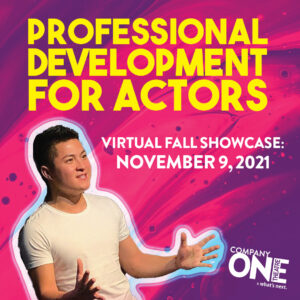 This fall, we will continue to offer our PDA course online. RSVP for our public showcase on November 9 at 7pm ET! 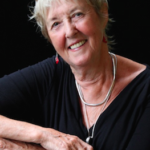 Rosalind Thomas-Clark
As a teacher, director and actor, Ms. Thomas-Clark (TC) has worked professionally for stage, radio, and film, and is Artistic Director of TC Squared, New Theatre Outside the Box. For the past eight years, she has co-directed the Company One Theatre class Professional Development for Actors and is on the C1 Board.

With her passion for the development of arts and education, TC founded several start-up arts organizations in Britain, New Zealand, and the USA, and spent ten years as founding Chair of Theatre at the Boston Arts Academy, as well as teaching Shakespeare at the Winsor School. At Brown University for six years, she taught Acting and Directing as well as initiating a new program, Theatre Outreach for Youth. She also taught Public Speaking and Communication to graduate students and is the CEO of Communication Consultants, working with corporate and educational clients for the past forty years.

Committed to theatre for social change, her own theatre company, TC Squared, produces Staged Readings of new writing by Boston artists that culminate in a New Play Festival each year at the Boston Playwrights’ Theatre. Her production of The Great War Theatre Project: Messengers of a Bitter Truth, commemorated the centenary of World War One, and was seen throughout the Boston area, in NYC and in Boston Public schools. This travelled to England, where the actors were performing and working with high school students to create a complimentary multi-media piece. She produced an adaptation of Everyman, collaborating with actors aged twelve to seventy-five, which travelled to the Miami Theatre Center, FLA. Recently, she directed the first full production of a new play from the TC2 Play Lab: Crossing Flight by Erin Lerch.

TC studied with the late Augusto Boal in Brazil. She was awarded Boston’s Teacher of the Year Award and a SURDNA Artist Colony Grant. She has taken several classes at Harvard Graduate School of Education and is completing her book on Acting and Directing. She lives in Cambridge, Massachusetts, near her three children and five grandchildren. 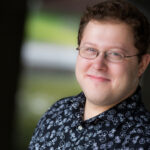 Josh Glenn-Kayden
Josh is the Artistic Associate and Casting Director at Company One Theatre and a Boston based director. Recent directing projects include BALTIMORE by Kirsten Greenidge at UMass Amherst, the world premiere of THIS PLACE/DISPLACED with Artists’ Theater of Boston, the New England premiere of Nicky Silver’s THE LYONS for Titanic Theatre, and the world premiere of Laura Neill’s DON’T GIVE UP THE SHIP for Fresh Ink Theatre. Josh has also directed and developed new work for Company One Theatre, UMass Amherst, Flat Earth Theatre, Open Theatre Project, the One Minute Play Festival, TC Squared, and ShotzBoston. Assistant directing credits include productions at Company One Theatre and the A.R.T. Josh holds a BA in Drama from Tufts University and is currently pursuing an MFA in Directing at UMass Amherst. 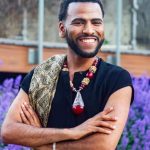 Deen Rawlins-Harris
I am a queer Black non­binary Bostonian, who who has worked as a teaching artist and facilitator in New England, the Mid-Atlantic, and Southeast. I am the child of two loving parents, a sibling, a teacher, a partner, sexual health advocate and educator, facilitator, french fry lover, social dancer, and community activist. I get lost in my own mind and in the poetry of Rainer Maria Rilke. I believe theatre proves we can create just and equitable worlds. My mission as an artist is to generate art that amplifies the vibrancy, ingenuity, and humanity of Black and Brown queer people by aligning our stories with historical, on­going, and prophetic depictions of the world we live in. My work is created for Black and Brown people that cherish intimate portrayals of themselves in art. (Photo Credit: Lauren Miller)

Auditions for our Fall session were held on August 31, 2021. Stay tuned for future session auditions!

TUITION
$275.00 for 8 weeks of class, including workshops with Company One Theatre directors and casting associates.

Email training@companyone.org if you have any questions!