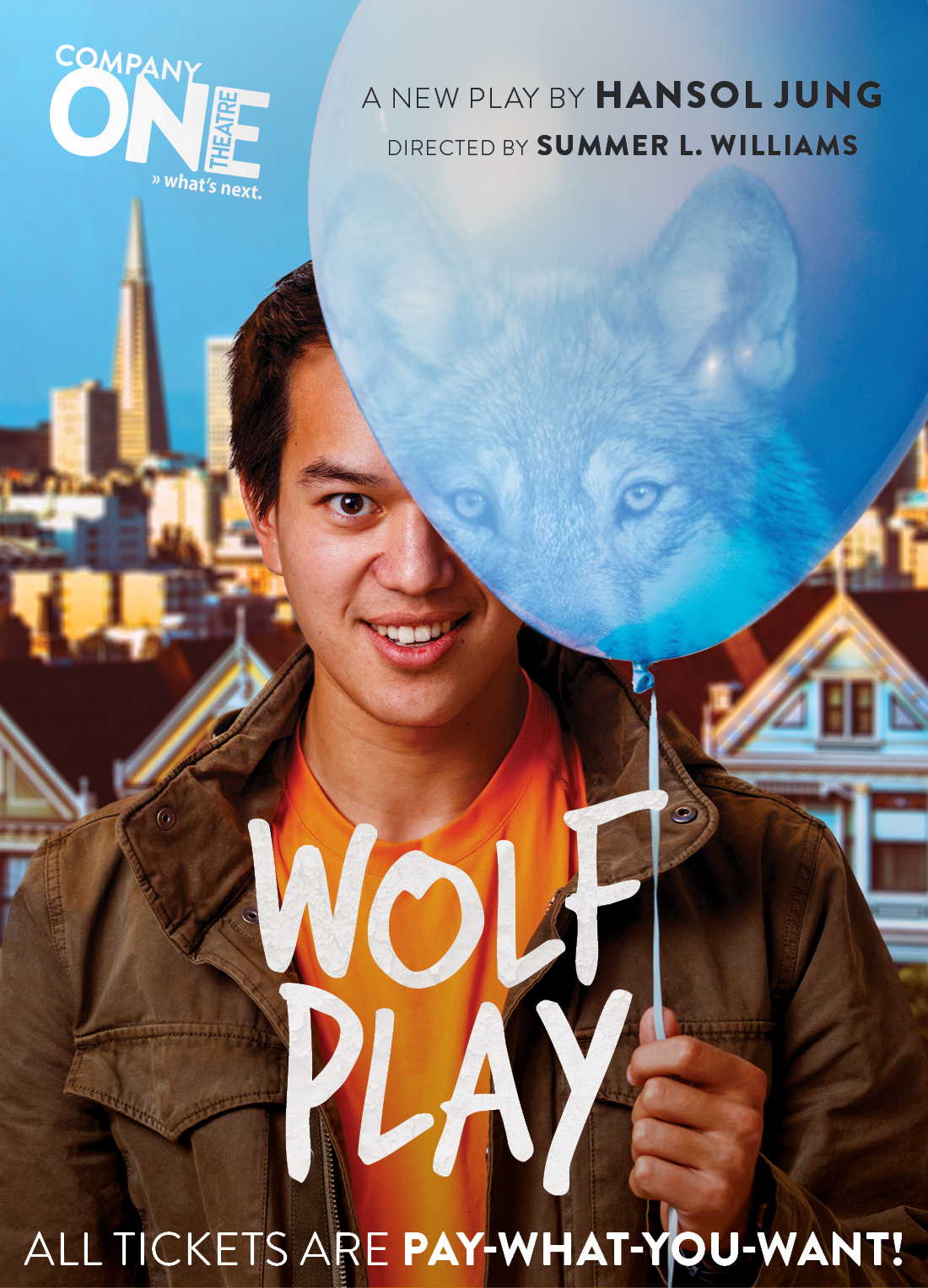 “Jung is in a class of her own… The play simultaneously celebrates our extraordinary capacity for love, exposes our nastiest inclinations toward selfishness, and admonishes the injustices of our social systems.” — Broadway World

Iiiiiiiin this corner, we have southpaw boxer Ash, who’s on the verge of her pro debut when her wife Robin adopts a Korean boy off the internet without technically checking in with Ash first. Aaaaaaaaand in this corner, we have the boy’s first pair of adoptive parents, who were all set to unadopt him until they realized he’d be growing up... without a dad. Now, the boy is caught in the middle, and just wants to find his wolfpack. Hansol Jung’s WOLF PLAY is a deeply theatrical hunt for familial connection in the wilds of 21st century America.

Recommended for ages 14 and up. This production includes adult language and potentially difficult subject matter.

>> Company One Theatre is producing Wolf Play to AMPLIFY:

– the many ways people become family, and the extreme lengths they may go to protect the pack

– accessible theatre that opens conversations for all, thanks to Pay-What-You-Want ticketing and the support of the Boston Public Library

"Riveting... A testament to the enduring originality of Company One Theatre."
- WGBH Arts Editor Jared Bowen

“A beautiful piece of work.”
- The Bay State Banner

All tickets to WOLF PLAY are Pay-What-You-Want, with no minimum!

Join us on Thursday, January 9 at Pao Arts Center for your chance to get a sneak peek into the rehearsal process of Wolf Play!

Watch the team craft a boxing scene, featuring fight choreography and puppet movement, and then stick around for a discussion about the scene, the play as a whole, and why C1 is so excited to bring this deeply theatrical hunt for familial connection to life at the Boston Public Library this winter.

PLUS: there’ll be some tasty bites to wolf down from one of our favorite Chinatown restaurants!

Studio Sessions are free and open to the public.

We’re thrilled to announce that Wolf Play playwright Hansol Jung will join us for a post-show conversation following our Sunday, February 9 performance!