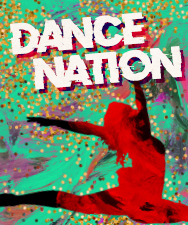 In light of the necessary and continuing efforts to limit the spread of COVID-19, Company One Theatre is postponing the remaining productions of Season 21, Clare Barron’s Dance Nation and Inda Craig-Galván’s Black Super Hero Magic Mama.

“I have seen the future, and it is Dance Nation.” — The Washington Post

Cuteness is death in Dance Nation, where an army of ferocious pre-teen girls (and Luke) are ready to claw their way to Nationals and heal the world through dance.

A play about 13-year-olds portrayed by a cast of all ages, Clare Barron’s 2019 Pulitzer Prize finalist is a brimming cauldron of adolescent rage and joy, a forcible reminder of the girls we were, back when anything was still possible.